In an ever changing Music Industry where many bands get overwhelmed with the business aspect, Surface was formed to help guide artists in a broader and more in depth involvement during these constantly changing times. 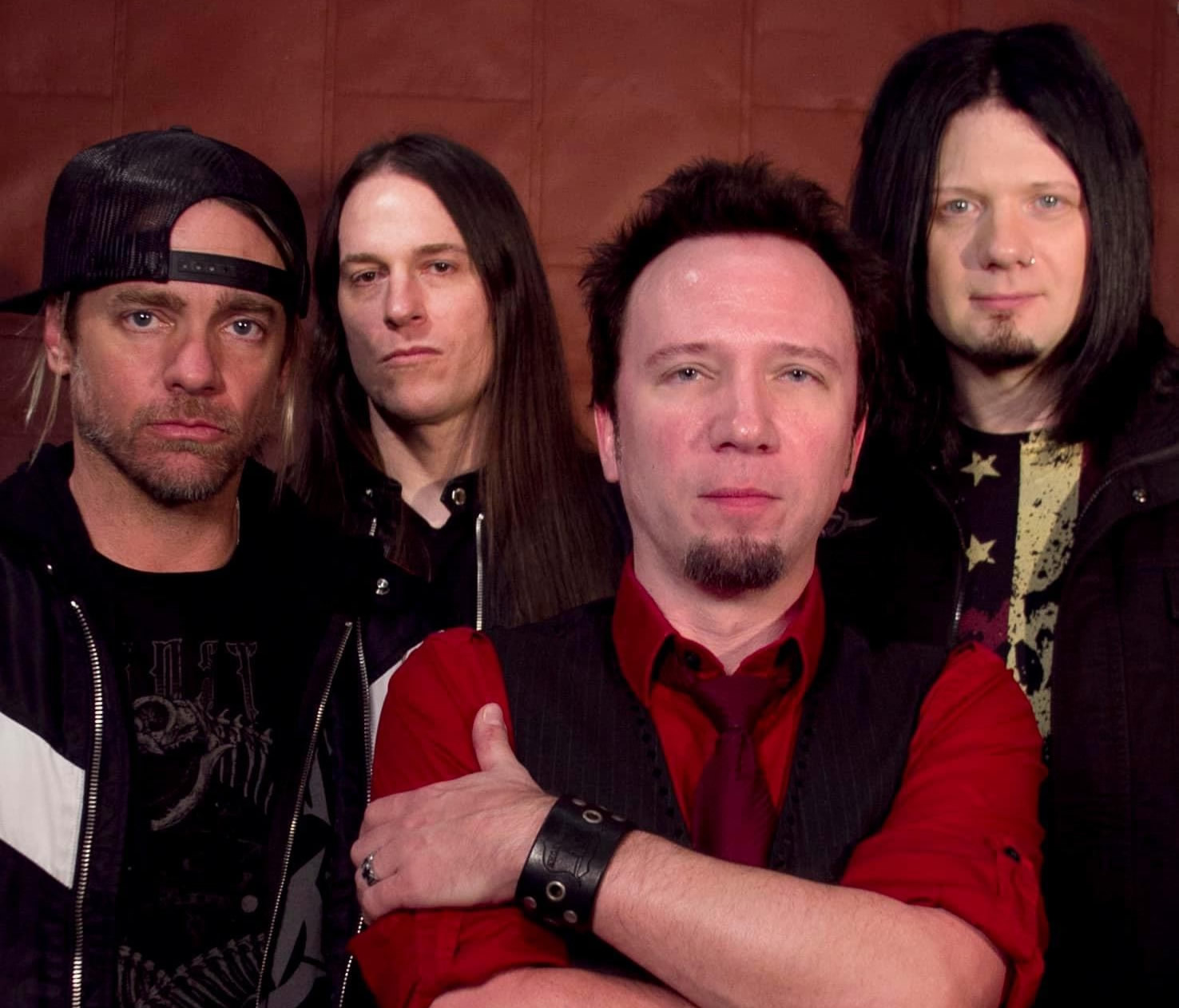 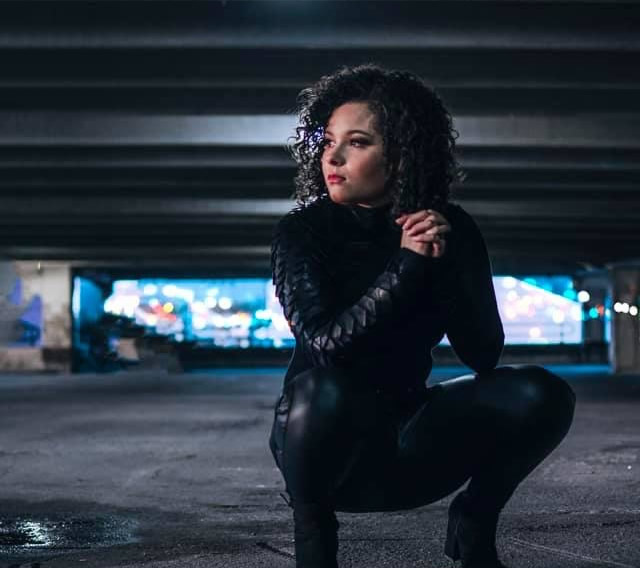 Albany, NY native Moriah Formica represents what many had thought to be the end of an era. A member of Generation Z who grew up on Aerosmith, 'That Metal Show', and other precious relics of the rock purist ilk from the time she was 7 years old; Moriah discovered the world of rock n' roll music through her father and quickly thereafter picked up a guitar, then the drums, and eventually pretty much any instrument that she could get in front of her. The message was clear; what had started as a source of joy was quickly developing into an undeniable passion for creating music. The future singer/songwriter would go on to write and arrange her first song, "Lovestrong" when she was only 11.

At the age of 16, Formica decided that she was ready to put her talents on the biggest stage that a teenager could dare to step on. She auditioned for NBC's 'The Voice', leaving fans around the world (and four judges with very successful careers) awestruck by her booming, declarative rendition of Heart's "Crazy On You." In that moment one thing became apparent: just like with many other great performers, it is impossible to separate the powerful, unapologetic delivery of Moriah's music from the image of the person who's performing it on that stage. For someone in the often turbulent teenage years, the excitement and nerves of being viewed on national television can't be quantified. But those watching around the world could see something more in Moriah. She wasn't just grateful for this moment, she was ready for it. Years of songwriting, honing her craft as a musician, and performing for audiences in her hometown and beyond had made sure of that.

Perhaps what new fans will find most striking about Formica's still budding career is the intersection at which her music lies. Staying true to the ethos of tried and tested rock, she weaves a seemingly effortless thread between the gnarled, firebrand voice of acts like Joan Jett, Halestorm and The Pretty Reckless ("I Don't Care What You Think", "I Will") and the soulful blues of Heart, Fleetwood Mac, and City & Colour ("Here's My Heart", "No Regrets"). Even fans of everything from Queensryche and Armored Saint to Shinedown and Evanescence will find qualities to marvel upon on tracks like "Time". And lyrically, she'll be the first to admit that her songs don't have many hidden meanings or lofty subtext. The message behind the music is always loud and clear.

2020 marks a pivotal moment in Moriah's mission. Once an eager 7 year old drawn to the swagger and emotion of rock music, the now 19 year old Formica yearns to make the kind of music that inspired her all those years ago; all while forging a sound that speaks to both the new generation and the ones before it. Her resume now equipped with accolades and live shows accompanied by the likes of Joan Jett, Lzzy Hale(Halestorm), Michael Sweet(Stryper) and Maria Brink (In This Moment) just to name a few. But most important of all is the studious and disciplined approach that Moriah brings to every facet of her career. From songwriting and social media to interviews and spending time in the studio, it all adds up to a work ethic that's beyond reproach. There's no gimmick to this overnight sensation, regardless of what the critics might say. The formula is simple: show up, rock out, and leave the whole world asking, "who was that?"

They won't be asking much longer. 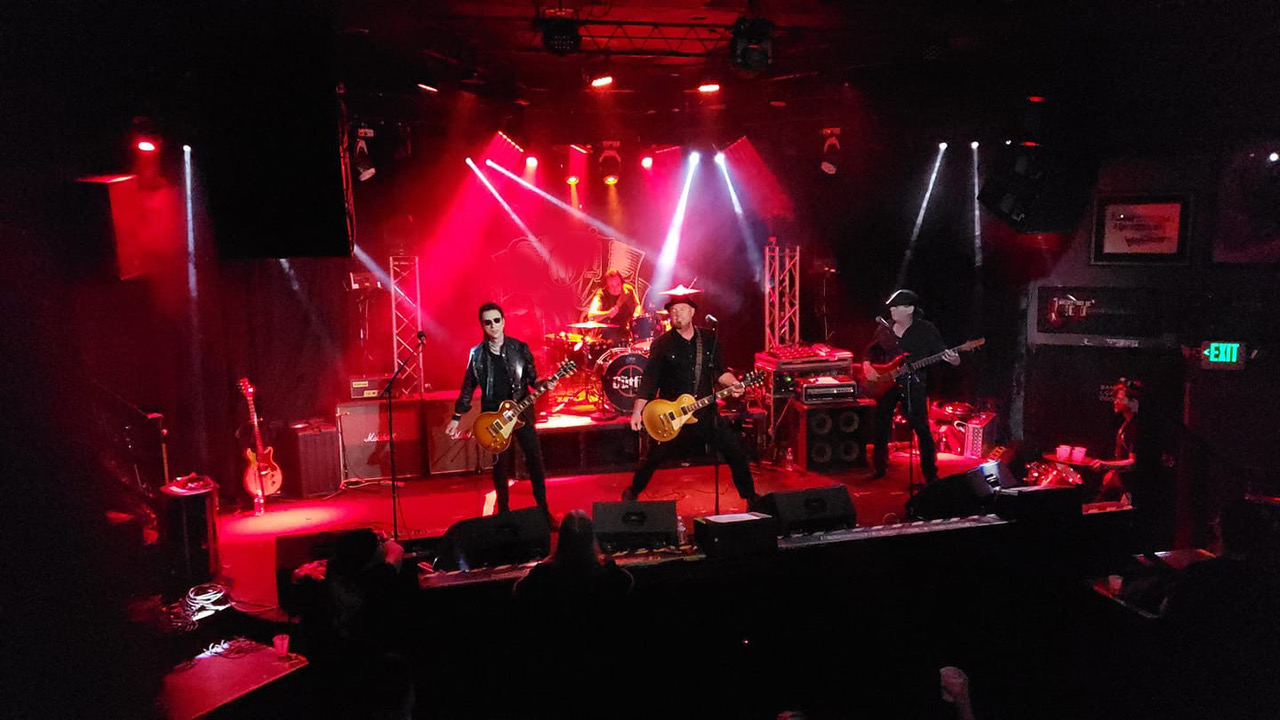 The Outfit, from Chicago have been creating a buzz since coming on to the rock scene. Their first single “Soldier Boy” released in 2018, secured the #34 spot on Billboard’s Mainstream Rock Chart. The band isn’t re-inventing the wheel, and it never tries to; thats it’s charm. The three words to describe the band is Original, bold, rock. The Outfit shows they have the chops of veteran musicians, yet the forward thinking attitude to make an impact with a fresh unique sound for today's music scene. 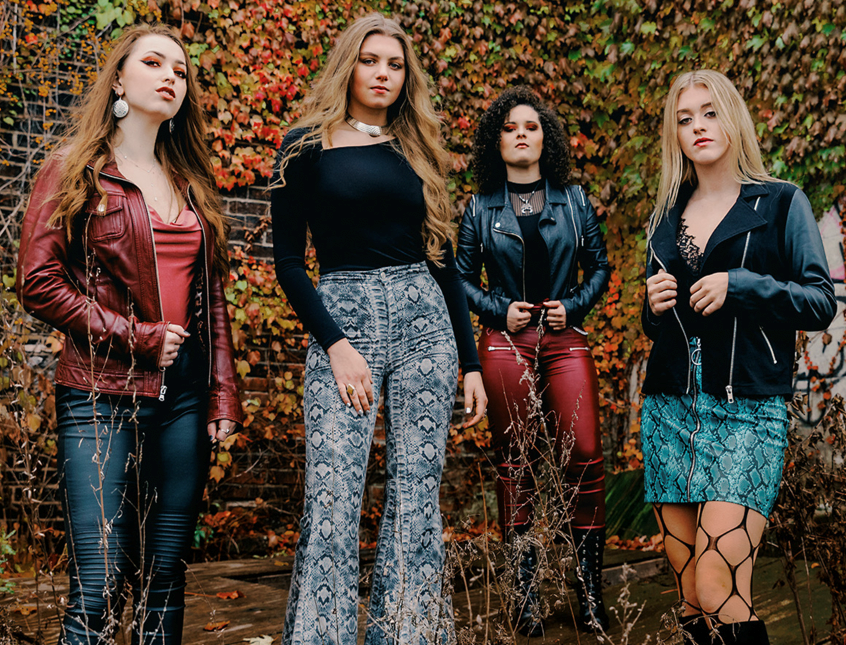 PLUSH is an all-female rock band with a mission
to bring rock back to the forefront of the music industry.

PLUSH is composed of four talented women, under 21,
whose accomplishments and talent eclipse their age. 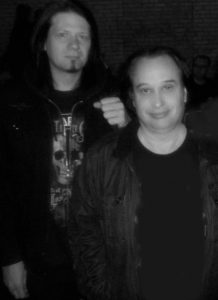 Surface is led by industry veterans Mark Nawara and Tim King along with a diligent and specialized staff of well seasoned employees. The main goal of Surface Management is to help guide artists and bands to continue to build their brand and look for new opportunities of income and exposure in new and unique, as well as, traditional ways in order to maintain longevity and life time careers. Unlike stand alone managers or management companies, Surface Management has the power of the Pavement record label and all the resources behind it, while also adding a management specific staff exclusive to Surface only.

Surface Management, for the purposes of the information which you provide to us, acts as the data controller.

This means that we are responsible for what happens to the information that you give to us. We will always comply with the Data Protection Act 1998 and make sure that we keep your data secure and steps are taken to prevent any unauthorised access to your information.

WHAT DATA DO WE COLLECT?

We collect all the information which you submit to us. For example, when you sign up to receive our newsletter or when you communicate with us in any way. This information will include any contact details, account details, preferences, interests and details of any complaints you may have made. We will also collect information when you buy from us on our website.

WHAT DO WE DO WITH YOUR DATA?

We use your data to fulfil any orders you place with us. We also use your data for marketing purposes which may mean that you will receive marketing communications from us.

HOW DO I MANAGE MY DATA?

If at any time you want to talk to us about your data, for example if you spot a mistake, or if you want to change how we market to you, please also contact us.

If you have a complaint about our handling of data, you have the right to involve the Information Commissioner – but please inform us first so that we may have the opportunity to address any issues directly with you.

Cookies are small text files that are placed on your computer by websites that you visit.

They are widely used to make websites work, or work more efficiently, as well as to provide information to the owners of the site. The only cookies used on the Eco Shine Oven Cleaning website currently are Google Analytics Cookies.

Google Analytics cookies provide us with data about visitor usage patterns on our site. They allow us to count the number of visitors and to see how visitors move around the site when they are using it. This helps us to improve the way our website works, for example by making sure users are finding what they need easily. Visitors to the site remain anonymous.

UTMA: 2 years from being set up.

UTMB: 30 minutes from being set up.

UTMC: Removed as soon as a user’s browser session ends.

UTMZ: 6 months from being set up.